Adjusting to Bet the NFL Playoffs 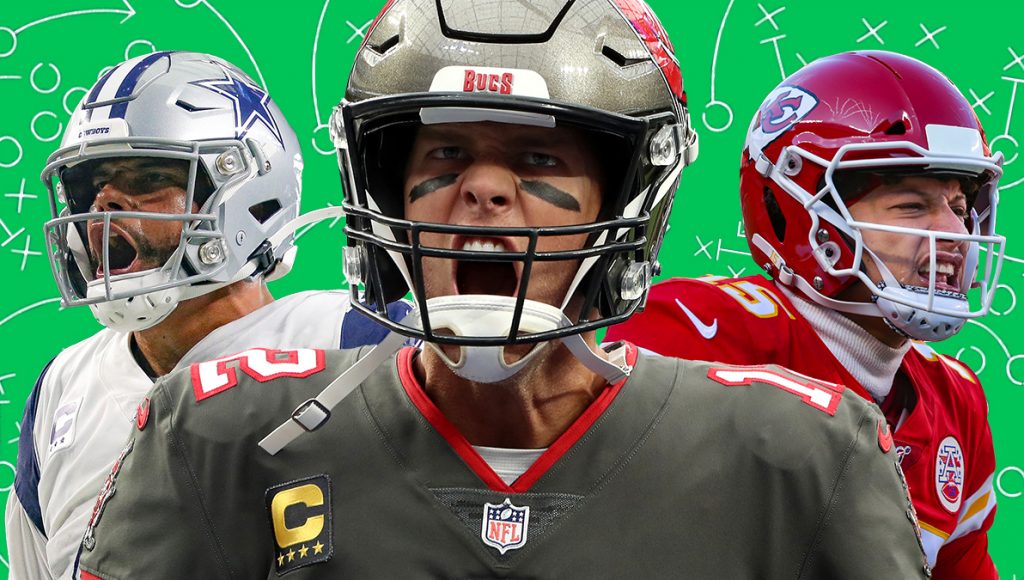 You should be adjusting to bet the NFL playoffs.

– Betting the regular season is similar to how you bet the NFL playoffs.

– Bettors must realize that the stakes are higher when you bet the NFL playoffs.

Adjusting to Bet the NFL Playoffs

There is no doubt that successful NFL playoff betting differs greatly from successful NFL regular season betting. Football is just football in the casual bettor’s eyes. That’s why they are not as successful.

The differences between betting the regular season and how you bet the NFL playoffs are very real and important. Successful bettors are aware of them and modify their handicapping strategy accordingly. Smart bettors know why betting early lines is important during the NFL season. That importance wears off come playoff time.

Here are five ways in which  the NFL regular season differs from how you bet the NFL playoffs.

Measuring motivation levels during the regular season is a constant challenge. One team will frequently appear to be more motivated than another, which will lead to better preparation, sharper focus, and more intense play.

Football bettors can frequently find a strong betting opportunity by predicting where the motivation levels will be. In the playoffs, that simply isn’t the case.

The goal of every NFL team is to make the playoffs. Every team sets out to do it at the beginning of the season. With very few exceptions, teams will be extremely excited for the chance to play and advance.

It is risky when you bet the NFL playoffs to assume that one team will be better prepared or play with more passion than another. Unfortunately for bettors, the NFL playoffs is one time where we lose one of the more effective opportunities to gain a handicapping advantage.

OUR MOST RECENT POST: A CRASH COURSE IN HORSE BETTING

Fewer Mismatches When You Bet the NFL Playoffs

These types of mismatches just don’t occur during the postseason. By definition, every team in the playoffs is outstanding. There aren’t many holes in any of the playoff teams’ rosters.

Now, there are some teams that are simply superior to others. However, the worst teams in the playoffs are still good enough to knock off the best.

The media would have you believe that there are some significant imbalances because every year one or two division winners don’t measure up to the others. They end up with a record that is pretty bad for a playoff team.

In 2010 for example, Seattle made the postseason with a 7-9 record. Despite the awful record, the Seahawks were still better than the rest of the teams in their division. Often, this type of team has had to struggle throughout the regular season and may have an advantage going into the playoffs. They are accustomed to the intensity of playoff games having played in one essentially every week of the season. Keep that in mind as you bet NFL playoff games.

Keep an Eye on the Injury Report

Sports bettors must keep a close eye on the injury reports and news during the regular season. This helps in determining not only who will play, but also if there are any nagging injuries that may affect a team’s play.

Technically, that still holds true during the postseason. However, bettors shouldn’t be fooled by the injury report. Players are aware of how important the playoffs are and that they will do whatever it takes to get back on the field for a playoff game.

An ongoing injury that might prevent a player from participating in a game in October won’t be the same in January. A player sits out the regular season game, but because of the importance of the playoff game, he plays.

Having a deeper understanding of injuries than the general public can give you a significant advantage when you bet the NFL playoffs. You can lose money during the NFL playoffs if you worry excessively about injuries and believe they will have a greater impact than they actually will.

Beware of the Public

The public, of course, enjoys betting on the playoffs. That implies that the NFL’s already high betting volume may rise even more during the postseason.

This indicates that the betting activity is heavily focused on these games. Finding undervalued or underrated teams is never simple in the NFL, but it is virtually impossible during the postseason.

If a line is even remotely suspect, it will be quickly corrected. Football bettors have to be extremely alert when they bet the NFL playoffs due to the increased betting volume. Finding an error in a playoff betting line is rare. Don’t fall for it.

Bettors need to realize there are fewer games on the NFL playoff schedule. This has both advantages and disadvantages.

The fact that there are fewer games gives us the luxury of spending much more time on each game than we would normally. We can go into greater detail when we bet the NFL playoffs. Plus, bettors can go line shopping to ensure they get the best number.

With only a handful of games to choose from each playoff weekend, football handicappers might not find any wagers that offer value. It’s not uncommon to not place a bet during an NFL playoff weekend.

Bettors can really dial in on NFL playoff games. They are able to make really good betting decisions and oftentimes those decisions involve not making a bet at all. That can be frustrating, but it is part of how you bet the NFL playoffs.