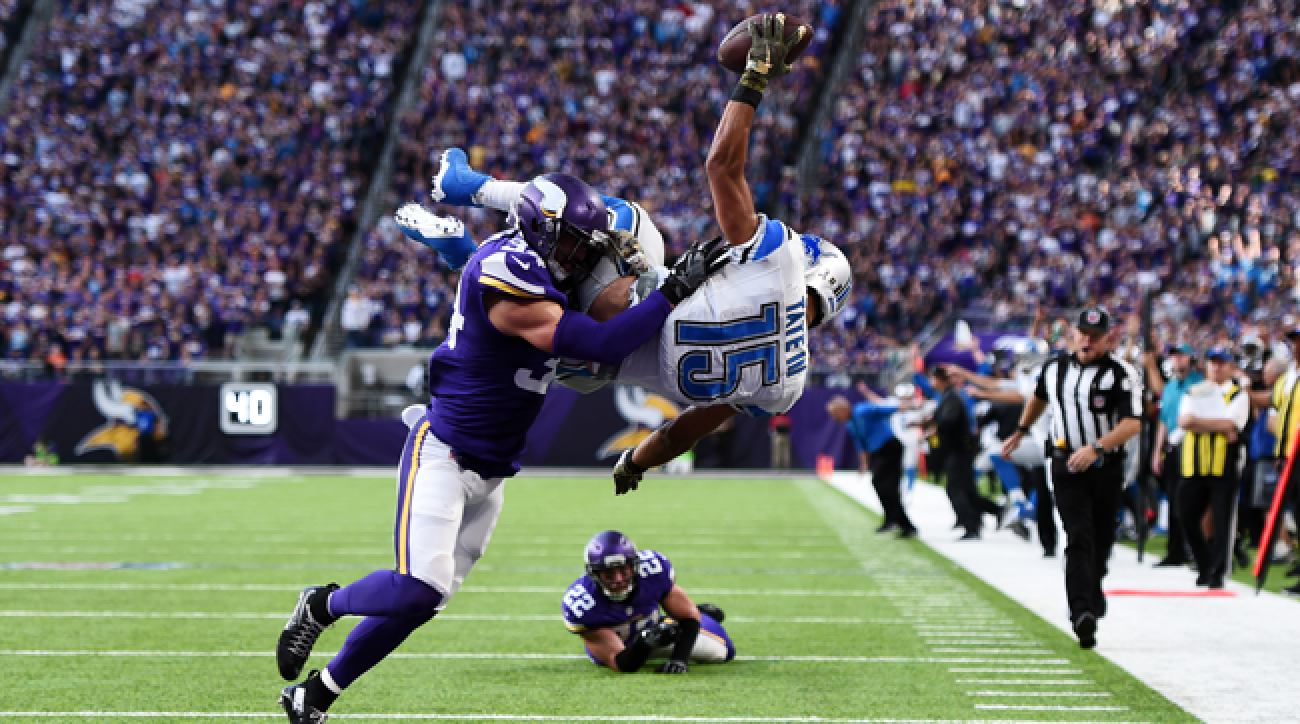 The final round of regular season games in the NFL takes place on the final day of the year and a number of these final 16 matchups still have some major implications for the upcoming playoffs. Here are some key betting trends for a pair of matchups in each conference that will have the biggest impact on that final playoff picture.

The Jaguars have already clinched the AFC South at 10-5, but a loss to Tennessee this Sunday as six-point road underdogs would most likely set up a rematch against their division rivals in next week’s Wild Card Round. The total line for this game has been set at 41. If the 8-7 Titans win they are guaranteed a playoff spot, otherwise they would need both the Buffalo Bills (8-7) and the Los Angeles Chargers (8-7) to lose.

The 6-9 Bengals knocked Detroit out of the NFC playoffs last Sunday with a 26-17 victory as three-point home underdogs. They come into this season finale as 9.5-point underdogs on the road with the total set at 40.5 points. Baltimore controls its own playoff destiny at 9-6 and it gets in as the No. 5 seed with a win. If the Ravens lose, they can still clinch with a Bills or Titans loss.

Cincinnati has won six of the last eight meetings SU, but Baltimore won the first meeting this season 20-0 back in Week 1 as a 2.5-point road underdog. The underdog is 6-1 ATS in the last seven games between these two bitter AFC North foes and the total has stayed UNDER in seven of the last 10 games played in Baltimore.

Carolina has already clinched a playoff spot at 11-4, but it still has designs on the NFC South title as 3.5-point road underdog with the total set at 45.5. A Panthers’ win combined with a New Orleans (11-4) loss to Tampa Bay would give them the division crown. Atlanta is 9-6 and it would lockup the other wild card spot in the NFC with a win.

The Panthers won the first meeting this season 20-17 as three-point home underdogs on Nov. 5, but they are just 2-7 both SU and ATS in their last nine road games against the Falcons. The total has stayed UNDER in seven of the last nine meetings overall and it has also stayed UNDER in five of the last seven games played in Atlanta.

Arizona is looking to play the role of spoiler against a bitter NFC West rival while avoiding a losing season of its own at 7-8. The Cardinals lost to Seattle 22-16 at home on Nov. 9 in a game that ended as a PUSH. Seattle is 9-6 and its crucial 21-12 victory last week against Dallas as a 4.5-point road underdog gave it a chance to extend its consecutive playoff streak of five seasons with a win on Sunday combined with an Atlanta loss. The Seahawks are favored by 9.5 points at home with the total set at 39 points.

The Seahawks have a 4-2- 1 edge over the last seven meetings both SU and ATS. However, the road team in this NFC West matchup has gone 5-0- 1 ATS in the last six games between the two. The total has stayed UNDER in six of the last nine games played in Seattle.