What are point spreads & how to bet them 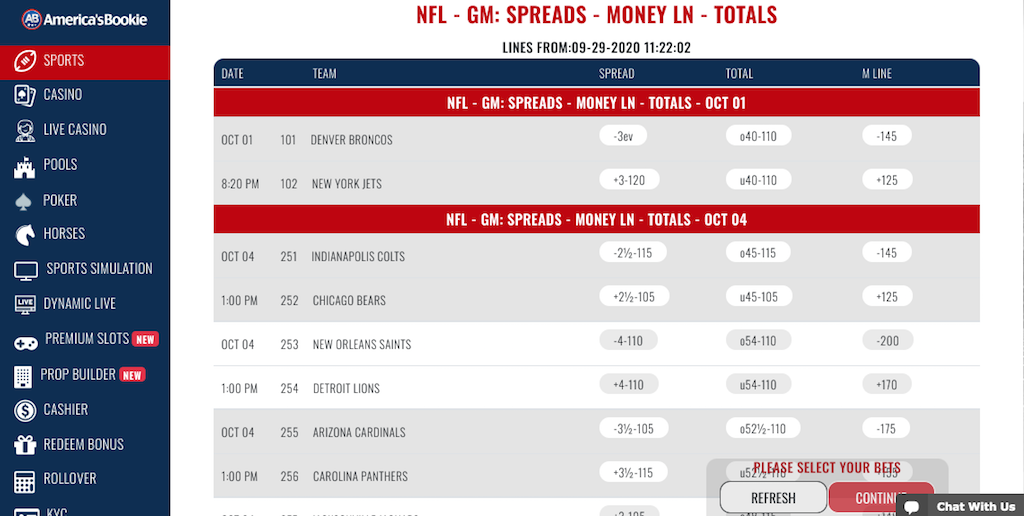 For most team sports, the most important betting line is the point spread, which identifies the favorite. You may ask yourself, what are point spreads and how do I bet them?

It begins as a way of estimating how many points, runs or goals by which the favorite will outscore the underdog. However, it doesn’t necessarily stay constant from the time it is set to when the game or match begins.

How the House Makes Money

There are two ways that betting establishments make money on a bet. The first is by taking in more bets for the losing side than they do the winners. That’s fairly risky on their part, especially if there is a significant difference between the total bets on each side.

What they try to do instead is get the line established at a value that will even the number of bets on either side. They accomplish this by moving the point spread one way or the other after they see how the initial bets are placed.

For instance, assume that an initial spread or line on a football game is six points. In early betting, this produces twice as much money bet on the underdog than the favorite. In this case, the line is likely to be lowered, incentivizing more bets to be placed for the favorite.

The other way the establishment makes money is by keeping a percentage, called a vig, of each bet. In the example above, assume it’s the Cowboys favored over the Giants by six points.

Using the same example, assume that the original line on the game was Dallas -7, but moved to -6. What happens to those that made a wager at the higher spread? The spread at the time of the bet is what is honored for a payout by the best sports betting sites.

In this case, a wager on either team at the original line of -7 would be deemed a push. The full original amount of the bet would be returned to the bettor with no vig going to the house. That’s why so many games end up with lines expressed in half-point increments. Are you getting more acquainted to what are point spreads?

There are also proposition bets that involve point spreads, with altered payout lines for different spreads. For our example game, there could be prop bets with a line of the Cowboys -10.

In that case, you would see payouts of something like +180, meaning a $10 bet would pay out $28. The smarter bettor knows that would include $18 in winnings plus the original $10 bet.

For smaller point spreads for the Cowboys, you would expect to see more discounted payouts. A Cowboys -3 spread might carry a line of something like -140. But that would provide a better chance of Dallas covering the spread. More risk is rewarded with a higher payout, while the house is focused on mitigating its own risk.